I was recently asked to give a talk to the second year biomedical engineering students at UCL on the practicalities of med tech design. Immediately I thought of patient alarms. On a daily basis, I lose count of the number of times I turn off false alarms. The annoyance reaches such a level that patients also ask for the monitors to be turned off. The issue with these monitors is that the alarms can only be silenced of a short period of time for safety reasons. When I asked my colleagues in A and E they jumped at the same issue, alarms. 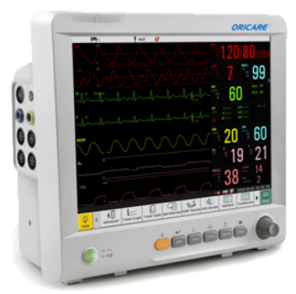 So I started typing up the presentation and I got to alarms. I was about to tell undergrads that alarms were more of an annoyance than an aid so I thought I’d better read up before slating alarms. The results were a mild shock and I was forced to reevaluate my clinical perception. This wasn’t new. Going back to study physics made me question myself multiple times but I and my colleagues were so sure that alarms were more hassle than they were worth it was still slightly unnerving.

Now speak to any doctor or nurse and they can recount many times when the alarm was going off but when they looked at the patient they were fine. They are much better at spotting deteriorating patients than monitors are. However, even if we go back to 1996 were the algorithms behind the monitoring alarms were not as advanced as they are now they still managed to reduce the average time of noticing deterioration from 61 seconds to 6! [link] This doesn’t mean that monitors are better than humans but it does highlight the fact that the constant monitoring combined with trigger happy alarms is a handy tool for doctors and nurses.

So why are my colleagues and I so quick to rubbish them? I guess it has to do with memory. For some reason, we are remembering the times when it’s a false alarm and forgetting the times when it isn’t. A simplistic armchair hypothesis would be that the alarm is the main focus of the event when it’s a false alarm. Your main action in this event is turning off the alarm and walking away…. annoyed that they false alarm interrupted you in the first place. In the second situation where it’s not a false alarm, your attention will shift to the deteriorating patient. Calling for help and taking steps to prevent further deterioration become the main tasks in this situation. In the second situation, it’s kind of like recalling a holiday, you don’t instantly remember the long lines and waiting in the airport. Most of the time you will remember the main focus of the holiday which was having fun, sightseeing etc. In the second situation is likely that you have forgotten if the alarm alerted you to the deteriorating patient in the first place. I think this describes our relationship with technology. When it’s working were not thinking about it, we’re focusing on the task at hand. When only think about it when it’s not working.