Recently Jeremy Hunt pushed a political agenda for a 7-day week NHS based off the fact that patients admitted over the weekend are more likely to die. Doctors and nurses all over the country pointed out that selection bias was not taken into account. Patients getting admitted at the weekend were more likely to be sicker and thus more likely to die. There are three ways to approach selection bias. One is to completely ignore it, another is to acknowledge it has an effect, try and quantify the effect and control for it and the last it to completely disregard the findings based on a possible selection bias. Reading these three statements with no context thus, no emotional investment most rational would say that only acceptable approach is the middle one. People who outright ignore selection bias are usually pushing an agenda and the truth comes into second place. People who outright dismiss conclusions based on a proposed selection bias are just as bad. They usually want to shut down the person with the agenda. They are on weak foundations if they claim that they want to find out the truth or a solution. A person who completely shuts down a claim based on a proposed selection bias what they a proposing is that the effect observed is 100% down the variable the selection bias introduces. This is a very strong claim. It’s a hypothesis that they are obligated to prove. Of course, the rational uninvested side of us knows this but sadly our political landscape has been littered with the convenience of choosing whether to acknowledge selection bias or not.

Politicians, activists, celebrities and the public love slogans. They are punchy, easy to remember and simple. Sadly they are also an amazing opportunity to bury the selection bias. The Gender pay gap is one of the most abused in this sense. Politicians and activists abuse it for quick, cheap and easy publicity. They can accuse people who question them of having a hatred for women and the questioner then has to spend their time proving that they are not. The focus on the person pushing the political agenda is relieved and they can get back to pushing for power, money or publicity. Now keep your rational mind on and think if there is a selection bias affecting the statement: on average men earn more than women. Is there a difference in type of jobs? Does age have an effect? (raising children, education) Are men more likely to work overtime? 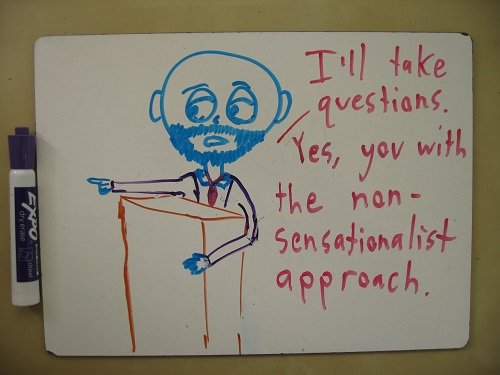 Turns out that men are more likely to work overtime [link]. So if you exclude overtime we can quantify how much this selection bias has an effect of overall pay. Excluding overtime and comparing for age the office of national statistics for the UK shows that women earn more than men between the ages of 22-39 [link page: 12]. Before the age of 21 the average person will not have graduated from university. Men have the chance to make up for lack of education by going into dangerous manual labour intensive jobs. This is shown where 92% of the work related deaths are males [link]. Women are earning more per hour for 17 years of their life. We cannot make the assumption that they are being denied promotions otherwise, this would be much shorter. From 39 onwards this could be that social change of education/job choices takes years to filter through. 40-year-old women were not in such a female friendly education system when they were children.

Of course, I am not going to fall into the trap of completely dismissing sexism based on selection bias either. You can do more study if you want, I’d start at stats when women start having children and measuring the effect this has on the gap. However, this is a post on a selection bias with the gender pay gap as an example of outright ignoring selection bias when wanting cheap quick power, popularity or to push an agenda.  Hopefully, this example has got you questioning your own bias. I have seen people post aggressively the one-dimensional statistic on gender pay gap yet attack Jeremy Hunt for ignoring selection bias. I am also human and I find myself falling into this trap from time to time. Your own bias is hard to find. The best way to keep check of it is to assess the selection bias of a statistic. If you’ve accepted it in the past without even considering selection bias your are emotionally invested and not objective. You are not looking for the truth, you are looking for something to conform to your worldview or agenda. We all do this, it’s comfortable to think you know what’s going on in the world and that the problems and answers are simple. Sadly all this achieves is comfort, not solutions.